At least one of the rooms of the apartment on which a yellow cylinder was found likely dropped by Syrian air force shows traces of a fire. The cylinder itself has traces of fire (soot) was well, suggesting the fire started after the cylinder was dropped.

The reason for the fire is unclear. Possibly it was started to get rid of traces of chlorine. Another reason could be to look like the victims died of inhaling smoke.

This video explains that chlorine can even set fire to asbest. So another scenario is that the chlorine set fire to something which was part of the ceiling (asbestos, polystyrene,)

The photo below shows the room under the balcony where the cylinder landed. The back of the photographer is facing the window. The ceiling and walls shows traces of soot.

The photo below was taken in the same room. The wall the arrow points to is opposite the wall where red drawer is located. Notice what could be the source of the fire. As the ashes are on top of the rubble, this would mean the fire started after the cylinder hit the ceiling. 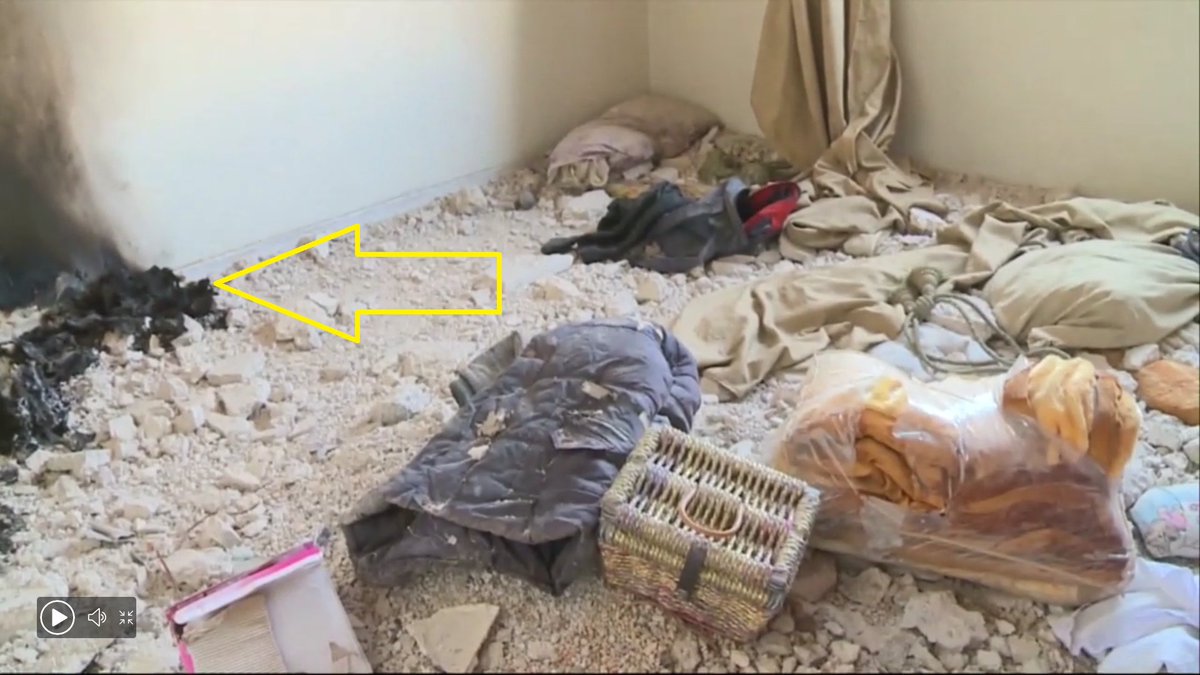 The photo below shows some more detail on the fire which seems to have started in the corner of the room.

Swedish tv showed the same room, taken from almost the same position as the picture above but the camera faces the ceiling .

The corner of the room shows black spots caused by a fire as well.

This is a close-up of the cylinder. It shows the concrete has soot as well. A strong indication the fire started after the cylinder hit the floor above first and then a fire started.

The balcony where the cylinder fell on shows a sooted wall. It seems the fire which likely stated in the room below exit via the funnel

One thought on “What was cause of fire in Douma room below balcony where cylinder landed ?”