Two weeks after an alleged chemical attack in Douma in April 2018 which killed dozens of civilians, it was found out the scene was changed by removing evidence which suggests the cylinders were dropped. The team investigating was not able to enter one of the apartments of the building where over 40 bodies were found.

The draft version of the interim report states the FFM team was not able to access an apartment where several bodies were seen in a video. The door in the video was broken allowing access. When FFM visited the door was repaired and locked. The representatives of the Syrian Arab Republic (SAR) stated they could not force the door.

In the final report the fact that the unhinged door was replaced by a closed door was omited.

In the OPCW first draft interim report and final report it says “The metal frame and fins, similar to those attached to the cylinder at Location 4, visible on the terrace in videos, were missing at the time of the FFM visit”. The cylinder was moved a number of times and debris was moved in front of the cylinder.

The metal frame and fins are a clear indication the cylinder was dropped from a helicopter. In May 2018 I wrote this blogpost showing what are likely wheels attached to a harnass.

Also at Location 4 things were changed after the open source videos were made and before the visit of the OPCW. In the OPCW first draft interim report and final report is written:

The cylinder appears to have been cleaned. The layer of a white powder seen in the videos was not present when the FFM team visited the location. The possibility of the ´dust´ being ice from evaporation of chlorine was considered but rejected given it was only present on the upper side of the cylinder and was also present on many other objects in the room.

The image below taken from the OPCW draft report page 61 shows the cleaned valve of the cylinder.

The bedside lamp on the right side (towards the window) has been moved and is also
missing in some photos.
The FFM team observed splashes of a viscous liquid throughout the room, which was
not apparent in videos. The same liquid was observed on disposable gloves present at
the location.

The layer of white powder is likely a result of the cylinder which fell through the concrete roof of the bedroom.

This photo shows the white powder. 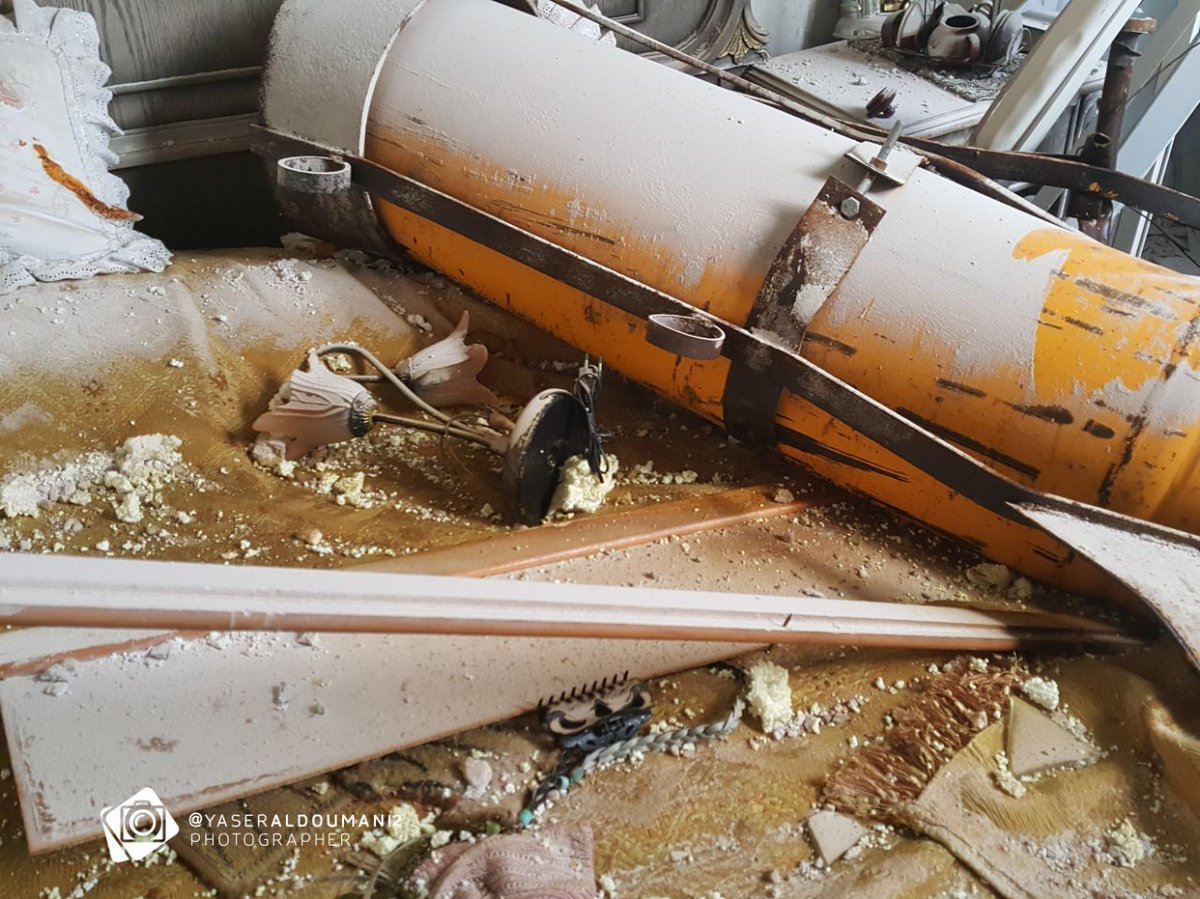 And this photo shows the cleaned cylinder.